Nestled between the woods and waters of Moosehead Lake in Maine, a secluded lodge showcases the best of Adirondack style craftsmanship – and Freshwater Stone’s innovative and artful approach to stonework.

Affectionately named Cliff House, the rustic camp was designed by architect Tim Mohr, who spent four years living on the property during its construction.

Much of the home’s design draws inspiration from nature and older homes. The stunning exterior was inspired by the historic Great Camp and Timberline Lodge in Oregon, an arts and crafts mountain resort and hotel constructed during the Great Depression.

At Cliff House, the addition of stonework by Freshwater Stone adds warmth, class, and tradition to the facade, contributing to the curb appeal and hinting at the exquisite craftsmanship to be found inside.

The Cliff House features a flowing layout and vintage-inspired interior. Entering the home, there is an octagonal entryway with antique furniture and brass candle sconces. This sets the tone for the house, establishing it as a rustic masterpiece.

The focal point of the kitchen space is a stunning granite fireplace built by Freshwater Stone. Fiber optics were nested into the lower slab, creating a subtle glow when switched on. Similar use of stonework can be seen in the guest rooms, living room, and dining room (also known as the Treehouse).

In the foyer downstairs, a granite wall is used as a drying rack. 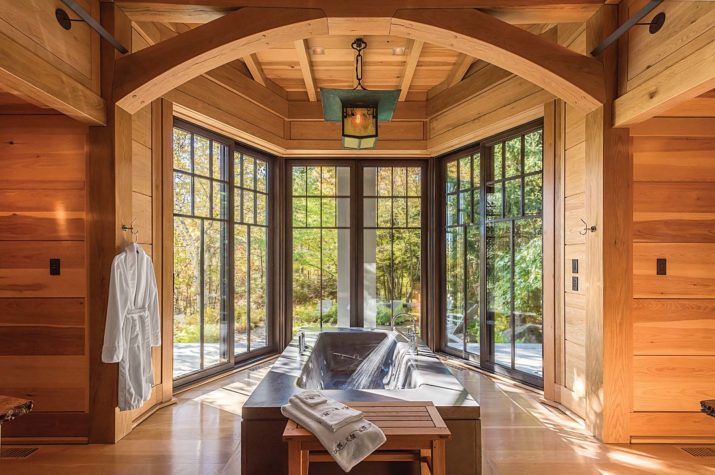 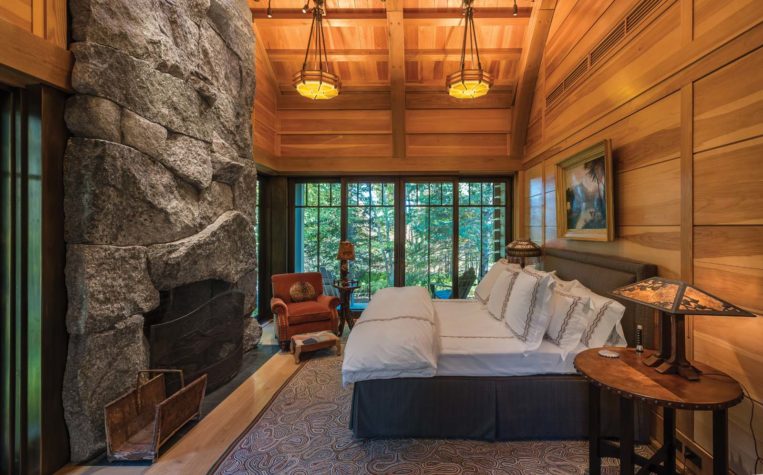 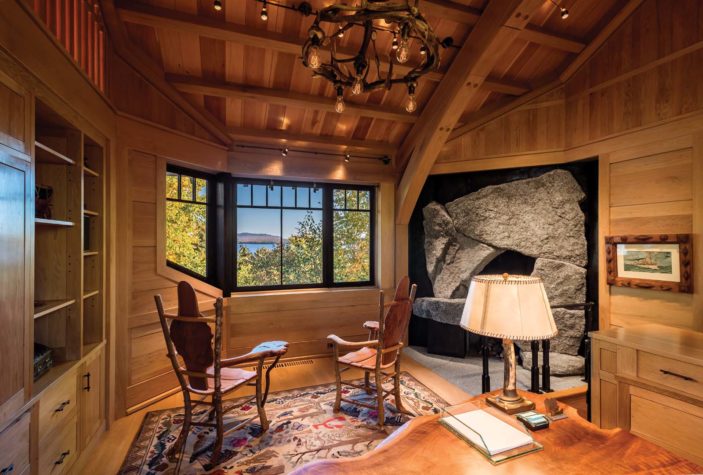 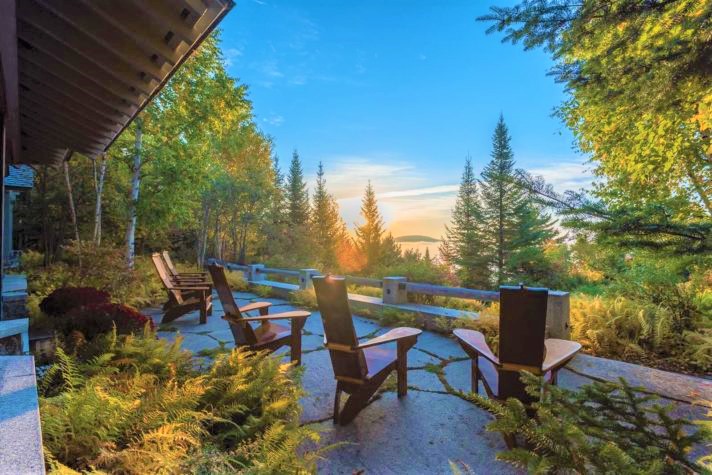